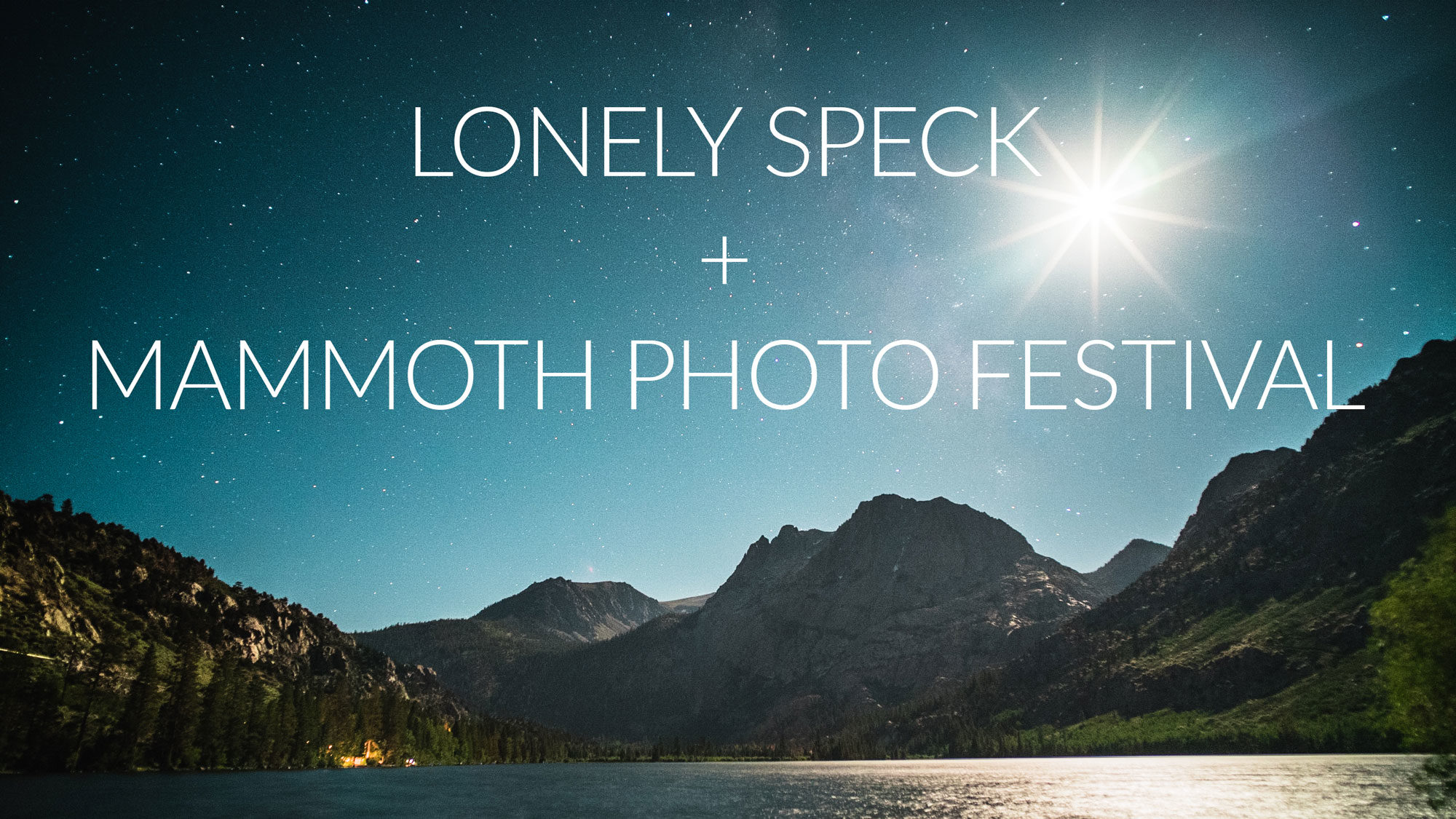 We’ve been leading astrophotography workshops and photo conferences since we started Lonely Speck, and this is the first time we’ve had the opportunity to be a part of such a huge photo festival. The Mammoth Photo Festival is being held in the place we probably love shooting astrophotography most: the Eastern Sierra Nevada mountains of California.

Mammoth Lakes is only a few hours drive (or a short flight) from Los Angeles and it’s one of our absolute favorite places to shoot landscapes and astrophotography. We frequent the drive along California’s highway 395, which hugs the foothills of the Eastern Sierra Nevada mountains. The Eastern Sierras are known as California’s “Range of Light” and they are a photographer’s paradise. Numerous 10,000+ ft peaks line a massive wilderness frontier that includes America’s first National Park, Yosemite. In all our travels around the world, California’s Eastern Sierras still stand near the top of our list as one of the most beautiful landscapes in the world.

This year, we’ll be presenting alongside an amazing array photographers from around the world. We’ll be two of the over 25 presenters hosting excursions, talks and classes at the Mammoth Photo Festival. We’re also guiding several moonlit night workshops for full-access pass holders and a number of classes and presentations during the 4 day festival. We’re super excited to be hosting alongside such an amazing group of photographers and even more excited for you to join us. Check out the full details of what to expect on the Mammoth Photo Festival site.

We’re posting this announcement before the main sale opens because we want the supporters of Lonely Speck to be among the first to secure tickets to the festival. If you want to go, consider buying now, before the pre-sale period ends. There are only a limited number of passes for the festival, sold as either a full-access pass (100 tickets to be sold) for all 4 days of the festival and access to the workshops, portfolio reviews and the VIP party before the start of the festival, or single day passes for those who just want to sit in on lectures, panel discussions, or attend meetups. All passes are now available during the pre-sale but the full-access passes are expected to sell out when the festival’s final schedule is published and the main ticket sale starts.

Now through the end of August, use code BURST15 at checkout for 15% off all passes to the Mammoth Photo Festival.

Click the button above for early access to tickets. We’d really love for you to come meet us at the Mammoth Photo Festival and perhaps come out on one of our night excursions under the moonlit skies of the Eastern Sierra Nevada Mountains. Photography is tremendously fun with new friends and there are few places as epic for a photography festival as Mammoth Lakes, California.