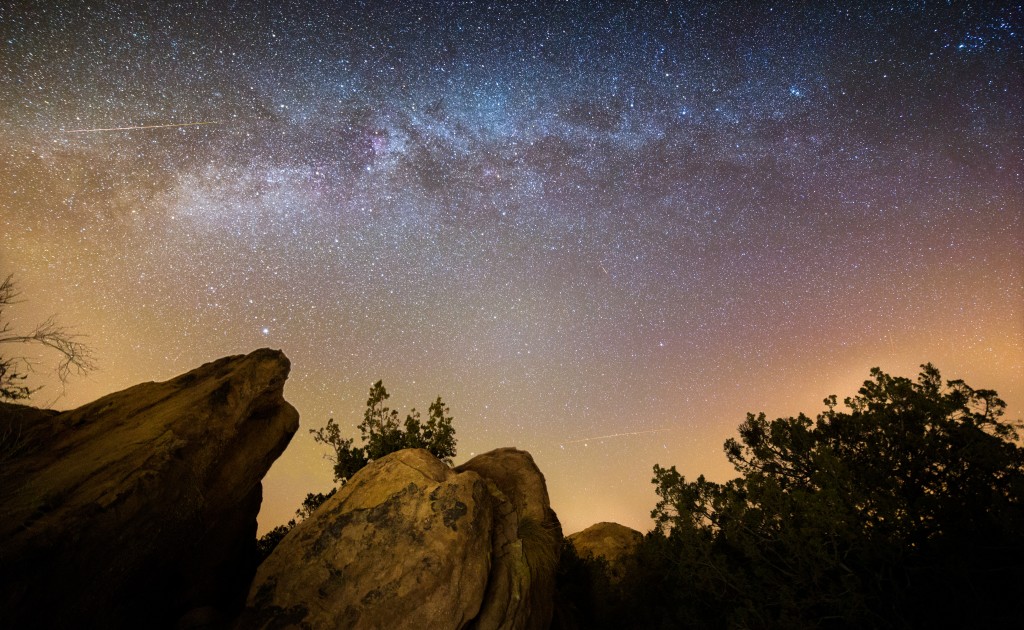 The 2013 Perseid meteor shower was difficult to capture.

We visited Vasquez Rocks Park late Saturday August 10th for the Perseids. We tried setting up my shots to capture the radiant point in the constellation Perseus but didn’t have a whole lot of luck capturing more than a couple little meteors. We saw a lot while stargazing but only a few graced my camera lens. At least Vasquez Rocks gave us better than expected conditions for capturing the Milky Way, despite its relative proximity to Los Angeles (only 1 hour away).

Vasquez Rocks Park is most well know as a film location for many science fiction films including the original Star Trek TV series. It’s a spectacular place to visit day or night. If you live in the Los Angeles area, I highly recommend checking it out. If you are visiting at night, keep in mind that the parking lot closes at sunset but you can park outside the entrance of the park and walk in on foot. Remember to bring a flashlight!

This first image is the only decent Perseid meteor that I was able to capture that night despite taking hundreds of photographs. In the first image you can also see the pinkish glow from the North American Nebula just to the right of the meteor and at the bottom of the frame you can see a satellite trailing across the sky. The light pollution is from the nearby desert cities of Palmdale and Lancaster. 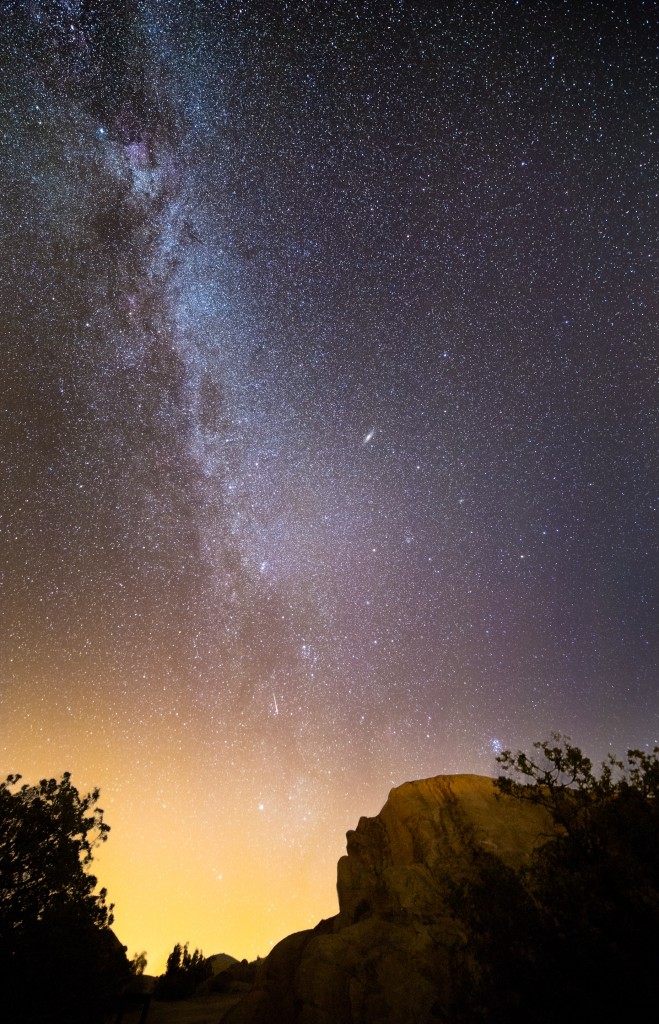 This second image has a really tiny Perseid toward the bottom third of the frame. You can also see our nearby (astronomically speaking) neighbor galaxy of Andromeda in the center of the frame. At the top left of the image is the pink colored North American Nebula again. The light pollution here is also from Palmdale and Lancaster, California. If you want to learn how to take images like this, check out my post “How to Photograph the Milky Way” or sign up for a private workshop.