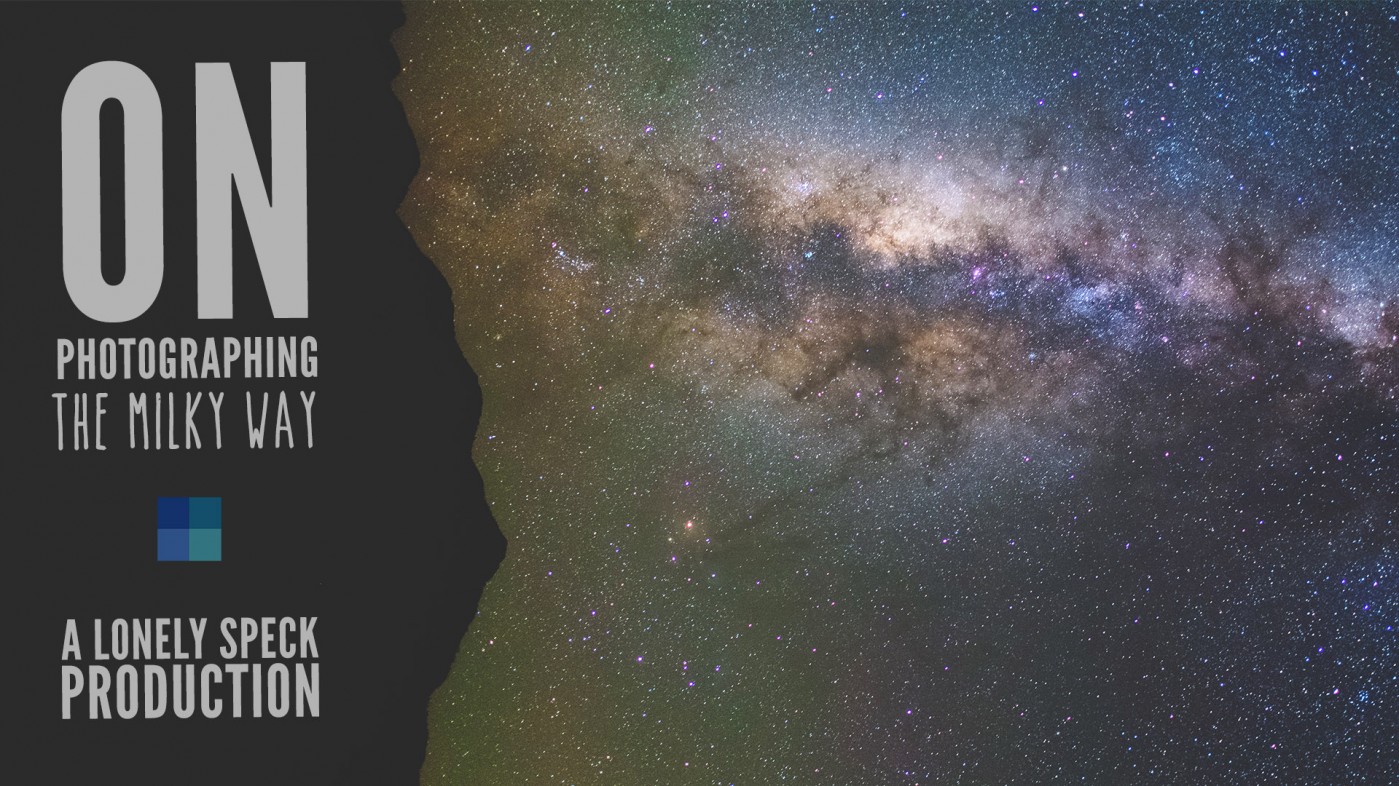 Here’s a little inspiration and my answer to why we stay out late in the cold and the dark.

On Photographing the Milky Way on Vimeo.

I was recently reminded of my first really successful attempt to photograph the Milky Way. I remember making that photo very clearly. Or rather, I remember not wanting to make it at all.

It was 2 AM and freezing cold both inside and outside our tent in Joshua Tree National Park, California. My cellphone made a whole bunch of racket as the alarm went off to remind me that it was time to try and shoot photos. I instantly snoozed the thing. Next to me, in what seemed like only five seconds later, my girlfriend was already putting on her shoes and jacket, getting ready to go out into the brisk air. She shook me and reminded me about this being my only chance this month or something and I wanted to hear none of it and instead remain in the comfort of my nearly warm sleeping bag. 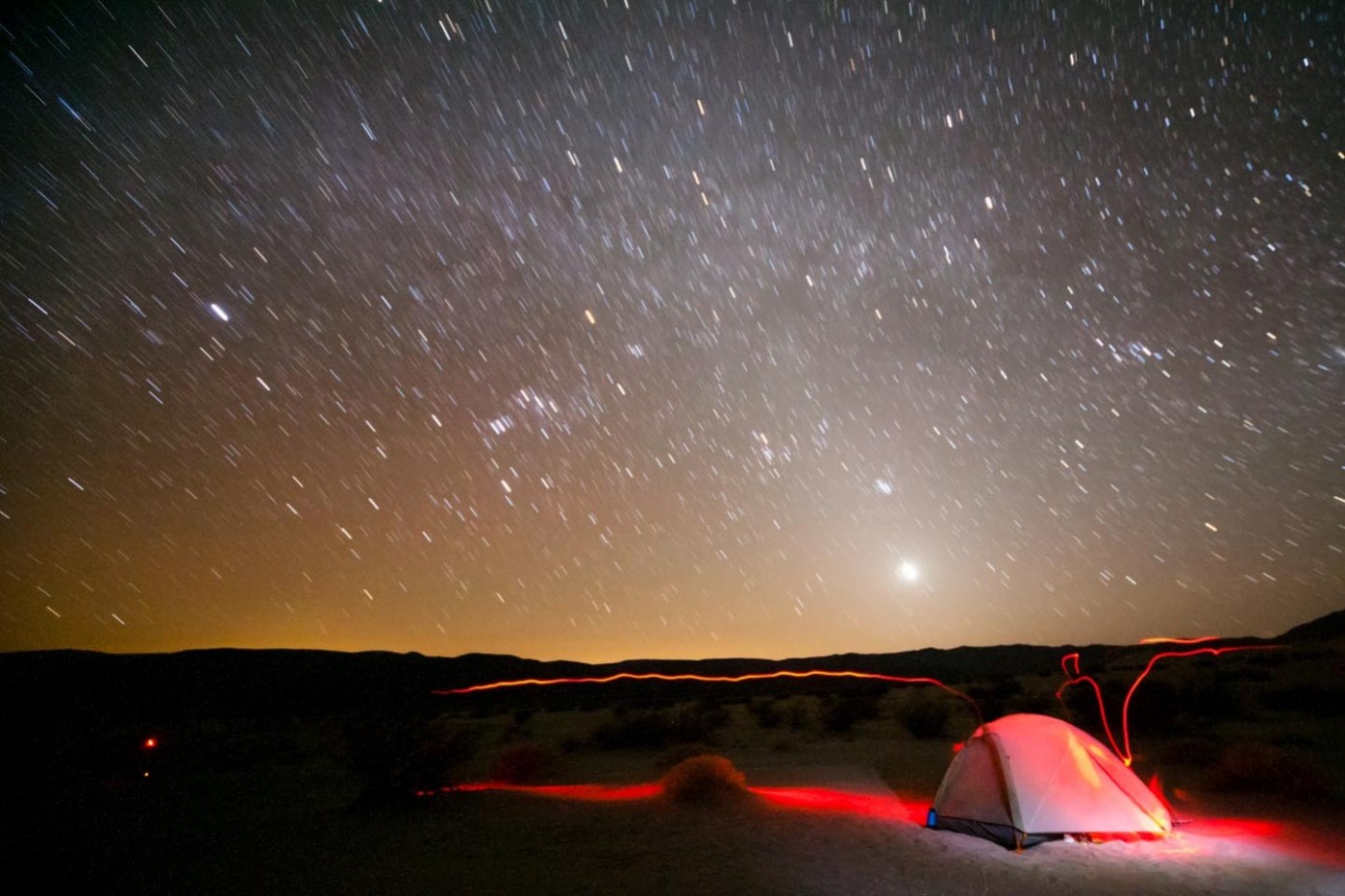 I almost didn’t get up. I remember feeling grumpy at nothing in particular for being forced awake from the comfort of my slumber. But (no doubt with the encouragement of my girlfriend) we both entered the cold blackness of the early morning to try our hands at something called astrophotography. It was a new moon so there would be no natural light to guide us other than the faint twinkle of the stars. It was also the first time either of us had been to Joshua Tree National Park.

By most measures of reason, entering an unfamiliar place when it’s pitch black and freezing cold is usually discouraged. I remember feeling the cold aluminum of the tripod suck out what heat remained in my hands as I fumbled to deploy each of the legs. The cold contracted the metallic joints binding their movement, making it that much harder to to get the thing set up. I remember cursing the engineers of the tripod for not making their thermal expansion and contraction calcs, a practice I was all too familiar with from my job as a structural engineer for a small aerospace company. Then I cursed myself for not bringing any gloves.

With the tripod finally deployed, we mounted the camera and turned it on. I programmed some settings that I had memorized: smallest f/number, longest shutter speed, ISO 1600, infinity focus.

I hadn’t been too successful in the past with my attempts at shooting the stars, I was usually using a lens that was too slow or failed to set my ISO high enough because I was afraid of too much noise but mostly because I was too lazy be out in the dark. This time, I had the right recipe.

I didn’t know where to look for the Milky Way. We could see some haziness in the stars that we thought must be the galaxy and so we pointed the camera up and pressed the shutter. And there it was.

Looking back up at it from the LCD is where it’s finally put into perspective. The Milky Way is huge. Just the galactic center is absolutely tremendous, and the whole galaxy extends all the way across the sky from horizon to horizon.

It’s that moment that I love the most about photographing the Milky Way. Just seeing it with your naked eyes is usually not quite enough. Even after you’ve spent several hours in the dark and your eyes have fully adjusted to the night, you still can’t quite make out the shape of the galaxy. But when you get to see it in its bright and beautiful glory on the camera screen and then look back at that hazy cloud of stars you were just staring at, you can decipher its shape. That’s the moment you realize you’re standing on a small planet, tumbling head over heels through space.

Little did I know then that less than a year later I would leave my job to start Lonely Speck and concentrate on photography full time. And only a year after that Diana would leave her job too so that we could both be fully committed to exploring our precious planet together and sharing those experiences with others.

Astrophotography has helped me develop a new understanding and appreciation for the Earth. Carl Sagan sums it up more eloquently than anyone else I know of in his Pale Blue Dot: A Vision of the Human Future in Space.

In it he says, “Our planet is a lonely speck in the great enveloping cosmic dark. In our obscurity, in all this vastness, there is no hint that help will come from elsewhere to save us from ourselves. The Earth is the only world known so far to harbor life. There is nowhere else, at least in the near future, to which our species could migrate. Visit, yes. Settle, not yet. Like it or not, for the moment the Earth is where we make our stand. It has been said that astronomy is a humbling and character-building experience… To me, it underscores our responsibility to deal more kindly with one another, and to preserve and cherish the pale blue dot, the only home we’ve ever known.”

Video and Photography by Ian Norman and Diana Southern

Shot in Sony SLog2 and Graded in Final Cut Pro X with LUT Utility
Graded with the Film-Like1 LUT from Alister Chapman
Night video shots were made at f/1.4 and ISO 51,200 at 24 frames per second.

Timelapse footage and stills made with the following equipment:

45 Replies to “On Photographing the Milky Way”