Here’s a quick review of the Rokinon 14mm f/2.8, arguably the best, most affordable lens for astrophotography.

Rokinon is the US distributor of Samyang lenses. There are a variety of brand names that the 14mm f/2.8 IF ED UMC Lens is available under including Samyang, Vivitar, Falcon, Rokinon, Walimex, Bower, Opteka, Polar and Pro-Optic. I’m reviewing the Rokinon branded lens but other than the labeling, it’s identical to the lenses from any of the other brands. 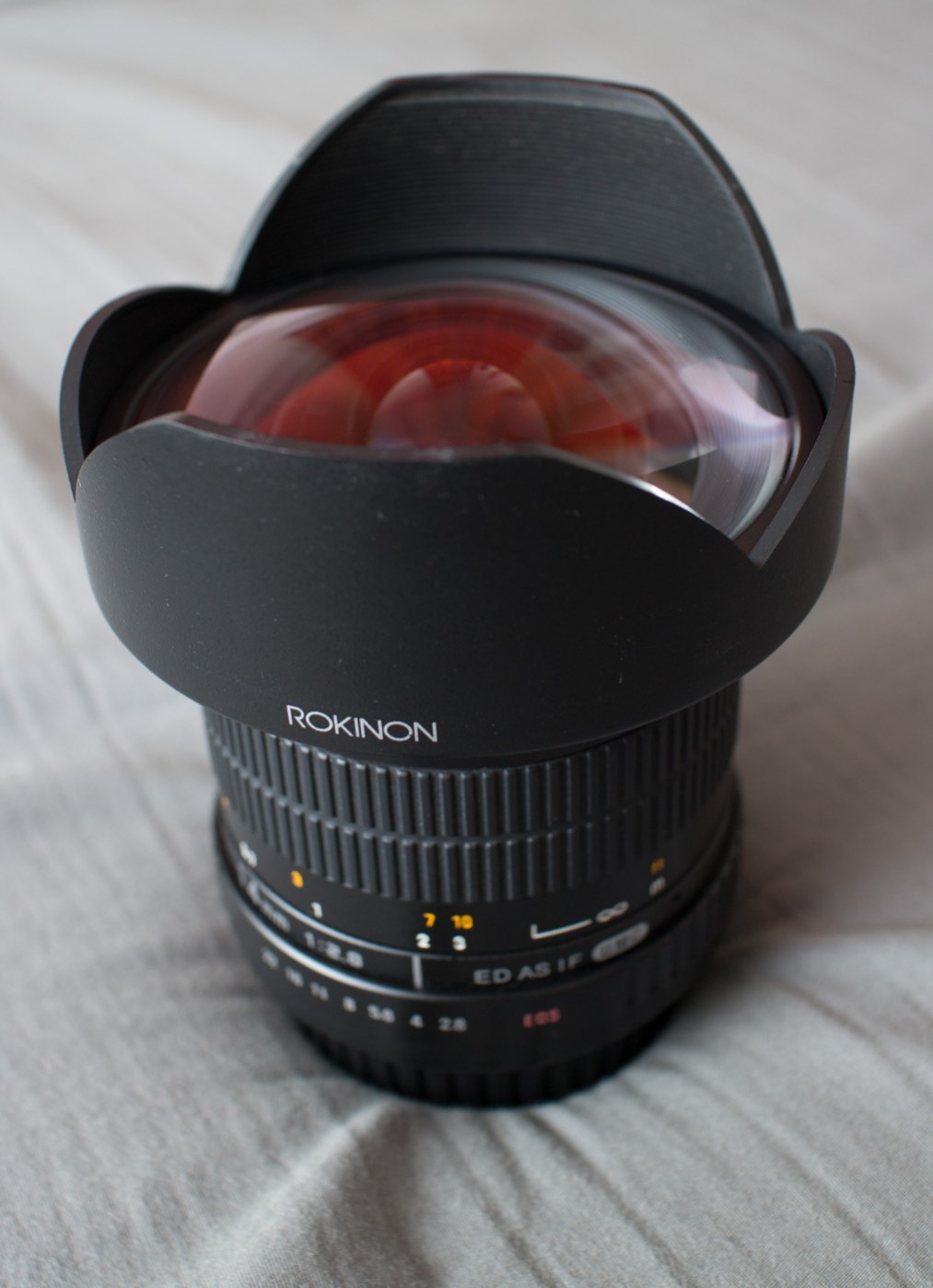 The Rokinon 14mm f/2.8 IF ED UMC Lens ( Amazon / B&H ) is available in nearly every modern camera mount including: Canon, Fujifilm X-Mount, Micro Four-Thirds, Nikon, Nikon AE, Olympus, Pentax, Sony Alpha, and Sony E-mount. With a street price of about $350, it’s arguably the best, most affordable super-wide angle lens that you can buy. But it’s still not without its quirks. In this quick review I’ll give you my thoughts of the lens and show you some of my favorite photos made with the Rokinon 14mm over the last year. Let’s start with the bad and end with the good.

At such an affordable price, the Rokinon 14mm f/2.8 is a must have lens for anyone serious about astrophotography. Combined with a full frame sensor, it offers a super wide view and excellent sharpness, even wide open. It’s slow focus ring and inaccurate distance scale are minor quirks but a little bit of manual focusing practice with the lens will help most photographers adjust to its use. Given that most full-frame alternatives are at least $1000 more expensive, the Rokinon 14mm f/2.8 is one of the best super-wide astrophotography and landscape lenses available for any interchangeable lens camera system. If you’re trying to decide on what lens you should buy for landscape astrophotography or Milky Way photos, stop right there and buy this lens first.